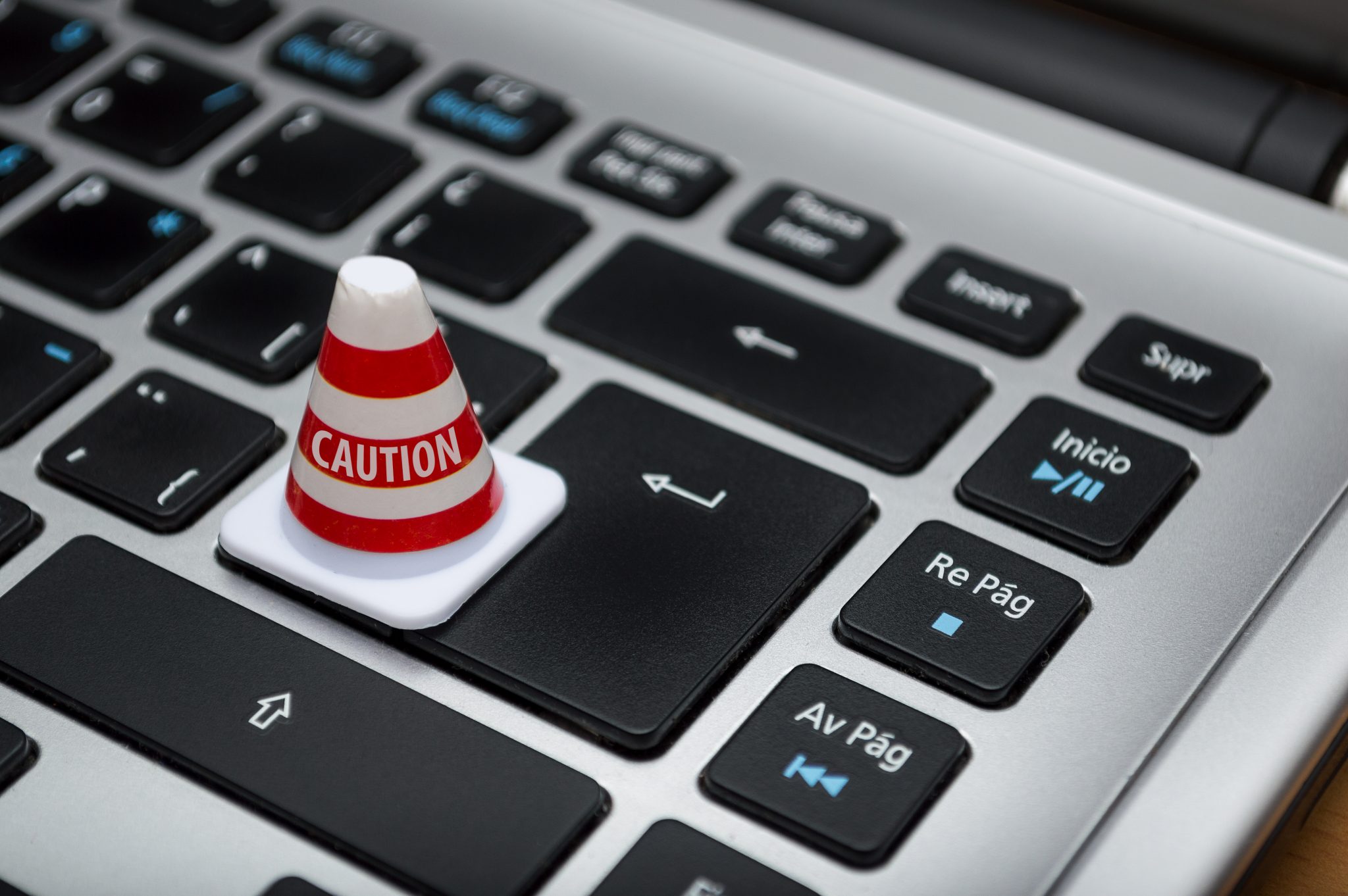 It used to be that how you voted depended very much on your class or where you were born or grew up. But in recent years, people have been, as Alexander Nix then CEO of Cambridge Analytica, puts it, ‘buoyed by the availability of information and a plethora of options available on the internet’ to look outside of values espoused by their family or their neighbours in order to find their own identities and beliefs. Nix claimed to have incredibly precise insights into what voters wanted, down to the level where he claimed in an Op-Ed for Campaign Live that they discovered ‘a small pocket of voters in Iowa who felt strongly that citizens should be required by law to show photo ID at polling stations’. He claims that by targeting voters on a more individual level, they were able to swing the Iowa Caucus for Ted Cruz – though ultimately this wasn’t enough to win him the nomination.

According to Martin Moore, Project Alamo, the digital wing of the Trump campaign, was using 40-50,000 variations of adverts. These were continuously tracked to determine their salience and effectiveness and adapted based on the results. They designed Facebook ads and scripts for phone canvassing and door-to-door use to communicate their message in the most amenable way possible for different categories of voters. For example, for those who were designated part of the ‘Temperamental’ personality group, it was decided that campaigners should take the line that showing your ID to vote is ‘as easy as buying a case of beer’. Or for those categorized as being in the ‘Stoic Traditionalist’ group the best message was that showing your ID in order to vote ‘is simply part of the privilege of living in a democracy’. Just as with the titles of advertising groups that Facebook places you into, these titles are just attempting to give a literary description to the shared data points and patterns in each category.

Based on users’ responses to these posts, Cambridge Analytica was able to identify which of Trump’s messages were resonating and where. That information was also used to shape Trump’s campaign travel schedule. For example, if targeted voters in Kent County, Michigan, clicked on an article about bringing back jobs, then it was time to schedule a Trump rally in Grand Rapids that focuses on economic recovery. As is the case with most of these techniques, talking to voters about region-specific issues is hardly something CA pioneered. It doesn’t take a complex algorithm to work out that it would be pointless to discuss the improvement of transport in London when addressing a crowd in Liverpool. The difference here is that these techniques have been refined and enhanced significantly by big data analytics.

From their monstrous vault of user data, the Trump digital team identified 13.5 million persuadable voters and modelled which combinations of these voters they needed in order to get themselves over the line. The US uses a strange weighted system to count their votes known as the Electoral College. Each state is allocated a certain number of electors and the winner of the state-wide election is granted all the electors from that state (except in the case of Maine, which allocates its electors proportionally) as the candidates race to 270 electoral college votes.38 Just like Vote Leave, they relentlessly tested and refined their messages. They were focused on finding voters who would not traditionally voter Trump or Republican.39

At one point, in response to the data, Brad Parscale said he ‘took every nickel and dime I had out of everywhere else, and I moved it to Michigan and Wisconsin’.40 Jared Kushner suggested he started campaigning in Pennsylvania after seeing the data as well. Pundits called it crazy, questioning why Trump would be trying to penetrate Clinton’s ‘blue wall’. In the end, Trump won all three states. Cambridge Analytica built a system capable of assessing target voters’ responses to say, an article about Clinton’s negligence over her email server and serve up more ads based on those responses. Continually refining both itself and its knowledge of voters allowed them to shape their digital campaign, and identify areas where their message was particularly resonant. Ultimately it was victories in Michigan, Pennsylvania, and Wisconsin by tiny margins that won Trump the election. Vote Leave developed their voter targeting software with AggregateIQ, who helped build the ‘The Database of Truth’, for Trump during his campaign, whose intellectual property is owned by Cambridge Analytica and SCL. The adverts used on Facebook have become known as ‘dark posts’ or ‘dark ads’. They can only be seen by those who are posting the advert, and those being targeted by it. There is no regulation, no fact checks, no oversight, and no accountability. When Gerry Gunster appeared on Panorama in 2017 he explained very clearly how these adverts could have been used during the Brexit referendum:

You can say to Facebook, ‘I would like to make sure that I can micro-target that fisherman, in certain parts of the UK,’ so that they are specifically hearing that if you vote to leave you will be able to change the way that the regulations are set for the fishing industry…Now I can do the exact same thing for people who live in the Midlands who are struggling because the factory has shut down. So I may send a specific message through Facebook to them that nobody else sees.

The targeted nature of these posts makes it so difficult to conduct oversight. Anyone can place political adverts on Facebook, with no requirement to prove their source or validity. As a part of the parliamentary inquiry into fake news, Damian Collins, chairman of the Culture, Media and Sport Committee, has pointed the finger at Facebook, claiming that they need to be more accountable for its role in these elections and in political campaigning in general:

Historically, there have been quite strict rules about the way information is presented and broadcasters work to a very strict code in terms of partiality and there are restrictions on the use of advertising. But with something like Facebook you have a media which is increasingly seen as the most valuable media in an election period but which is totally unregulated.

A politician heaping blame on someone else isn’t exactly front-page news, but it does raise an intriguing question: who is accountable here? During the EU referendum, the Vote Leave campaign paid for 1 billion ad impressions (how many times an advert will be seen). Just to put that in perspective – for every single person that voted in the referendum (some 33.6 million people) Vote Leave paid for 29 impressions on social media; 29 times for every single person. Imagine the cost involved if you needed that level of advertising in print, radio, billboards, or television. It would be astronomical. The ads would be publicly available for everyone to see and there would be far more scrutiny over their content. Facebook allowed campaigners to bypass all of these obstacles and plug directly into the beating heart of digital life. These adverts made up a huge bulk of the digital spend with AggregateIQ. Zach Massingham explained: ‘Though we are listed as one of the largest expenditures, the reality is the vast majority of that money was for online advertising to those groups of people the campaign wanted to reach.’

Emily Las, a New York digital marketer, found a smattering of what appear to be Vote Leave ‘dark ads’ online. They included a video that claimed: ‘Turkey is joining the EU. Our schools and hospitals already can’t cope.’ It told viewers that 76 million people were preparing to land on British soil and swarm the NHS and education system – it was viewed by some 515,000 people. Facebook was asked by the UK parliament’s DCMS committee to disclose the Brexit ads as part of its enquiry. Eventually, Facebook released a few adverts run by AIQ for the official Vote Leave campaign, BeLeave/Brexit Central, and the DUP.

One reads: ‘The EU is expanding. Turkey is one of Five new countries joining the EU. The EU will cost us more and more’ and goes on to list the populations of Turkey (76 million), Albania (2.8 million), Macedonia (2.1 million), Montenegro (0.6 million), and Serbia (7.2 million). An alarm bell symbol on another is accompanied by, ‘Turkey, Albania, Serbia, Macedonia, & Montenegro are joining the EU,’ and asks ‘Will this hurt the UK?’ Another reads simply: ‘Turkey (population 76 million) is joining the EU. Vote Leave, take back control’ with a picture of an open door made from a British passport. Each advert was tailored to our individual personality (or at least what we let Facebook see). For the environmentalists, one ad reads: ‘The EU blocks our ability to speak out and protect polar bears!’, for tea addicts ‘The European Union wants to kill our cuppa’, or one for the mild Eurosceptics featured a more sensible line on immigration with Boris Johnson pictured announcing: ‘I’m pro immigration, but above all I’m pro controlled immigration.’ Older voters were hit with ads about the cost of the EU and young voters with adverts quoting old Jeremy Corbyn speeches: ‘The EU takes away from national parliaments the power to set economic policy and hands it over to an unelected set of bankers.’

This is an extract from Brexit: The Establishment Civil War – Order it here now